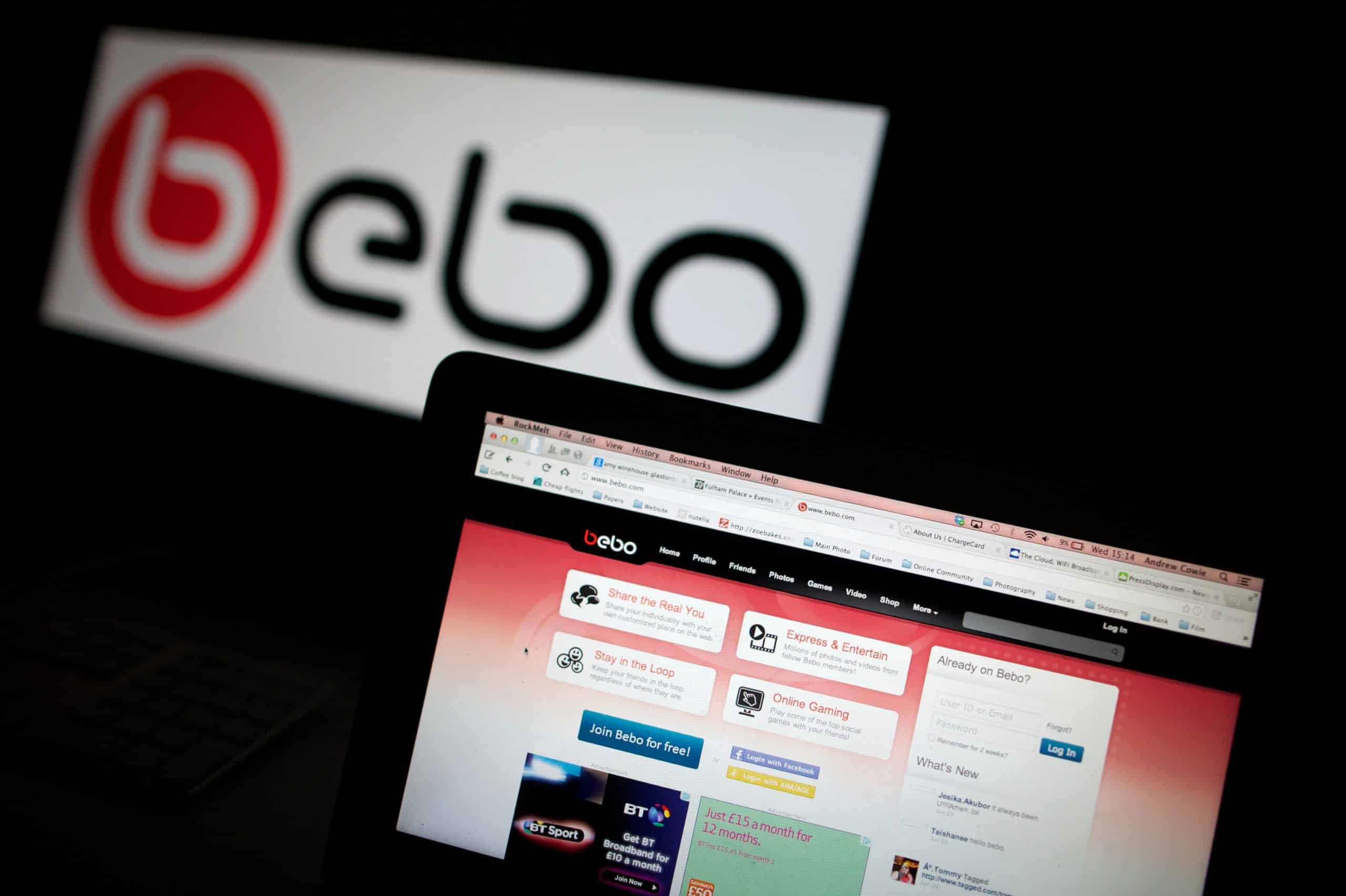 If you’re a millennial, or you know someone who is, then you’ve probably had a conversation about Bebo at some point in your life. Bebo was one of the earliest social networks as we know the term today; while sites like Faceparty and Friends Reunited were available earlier, Bebo was one of the first sites that many millennials signed up for during the early days of Web 2.0.

Today, Bebo stands in ruins, a testament to social media hubris (or perhaps simply to other networks and apps taking over turf). So, what happened to this once-mighty social media giant? Why can’t you create a Bebo account anymore, and when did it all go wrong for the site? Let’s take a look at the history, origins, spectacular rise, and meteoric fall of Bebo.

Bebo was founded in 2005 by a husband-and-wife entrepreneur team in the form of Michael Birch and his wife Xochi. They met in London, but Bebo was founded in their home in San Francisco. While the name Bebo originally didn’t actually mean anything – it was simply a domain name that was purchased by the Birch entrepreneurs – they created a backronym in the form of “Blog Early, Blog Often”, which became Bebo’s strapline. It works pretty well, don’t you think?

Within its first few years, Bebo actually overtook MySpace in terms of the most popular – and populated – social network in the UK. At its peak, it had over 10 million unique users, and MySpace couldn’t compete with that level of popularity.

So, what did Bebo actually allow you to do? Its biggest and most unique selling point was the modular way in which you put together your profile. You could add modules including music players, Twitter-style blog stream updates, and messaging apps. In this way, Bebo was pretty similar to MySpace, although it was easier for users to access it because it didn’t require knowledge of HTML to customise.

Naturally, Bebo couldn’t get this popular without companies taking notice, and that’s exactly what happened in 2008. Then-giant AOL (which is now part of Yahoo, but for which some Americans are still paying a subscription) purchased Bebo for a whopping $850 million that year, a move that would eventually prove catastrophic for the American corporation. At the time, though, given Bebo’s popularity, it must have seemed like a great idea.

Sadly, just two years later, that great idea would prove to be the disaster that some had already predicted it would be. The BBC described the Bebo AOL deal as “one of the worst deals ever made in the dotcom era”, although that deal didn’t stop Bebo co-founder Michael Birch from making a tidy $300 million. Let it never be said that even the most risky ventures can’t be profitable.

This marks what we may as well think of as Bebo’s lowest point. After the $850 million sale in 2008, Bebo was then sold to a hedge fund operator by the name of Criterion Capital Partners, with the sale totaling just $10 million. That’s only 1.18% of the original sale price, which is pretty embarrassing for a website that once boasted higher popularity than titans like MySpace (in the UK, at least).

In 2011, after this latest sale went through, Bebo relaunched itself and attempted to regain its popularity through a new design and new features like the ability to see who was looking at your profile. Unfortunately, this didn’t stop the app haemorrhaging users, as sites like Facebook and Twitter took off around Bebo and left its quaint early-2000s design in the dust.

In May 2013, Criterion Capital Partners filed for Chapter 11 bankruptcy, something the company itself described as a “restructure” for “operational efficiencies and other arrangements”. One rather suspects that it was at least partly because Bebo was proving far less profitable than the company had hoped, though. In any case, July that year saw the Birch entrepreneur partnership buying Bebo back for $1 million, which is just 10% of the $10 million sale, itself already something of an embarrassment for Bebo.

Is Bebo coming back?

Several attempts were made to relaunch Bebo over the years after the 2013 purchase. In 2014, Michael Birch announced he would once again revive Bebo, bringing back its whiteboard feature (which mainly just consisted of crude drawings) and launching the app alongside Bebo Blab, a new messenger that would compete with Facebook Messenger and WhatsApp.

This relaunch occurred in early 2015, but sadly, it was not to be. Bebo Blab and the relaunched Bebo effectively shuttered their doors in 2017, with Birch himself saying that Blab “wasn’t going to be an everyday thing for millions” and that the plan now was to “[kick] down the sandcastle” and rebuild as an “always on place to hang with friends”. That iteration of Bebo doesn’t really seem to have taken off, either, as Bebo became a sort of OBS competitor in 2018 before being sold to Amazon in 2019.

Starting in 2021, a new relaunch for Bebo appeared to be on the cards, with Michael Birch saying that he would launch a new version of Bebo that eschewed the news feed most modern social networks built, instead focusing on individual user profiles. We’re not entirely sure that’s an idea that holds water, and neither, it seems, was Birch. The relaunch currently leads back to a page with a short message from Birch, eulogising Bebo and suggesting that this might not be the end for the app.

In the end, it’s hard to say whether Bebo has a place in the modern social media world or not. If it does, it’s almost certainly going to be one founded on nostalgia rather than any kind of unique approach or selling point, and nostalgia can’t necessarily sustain a platform like Bebo in what has become an intensely competitive market.