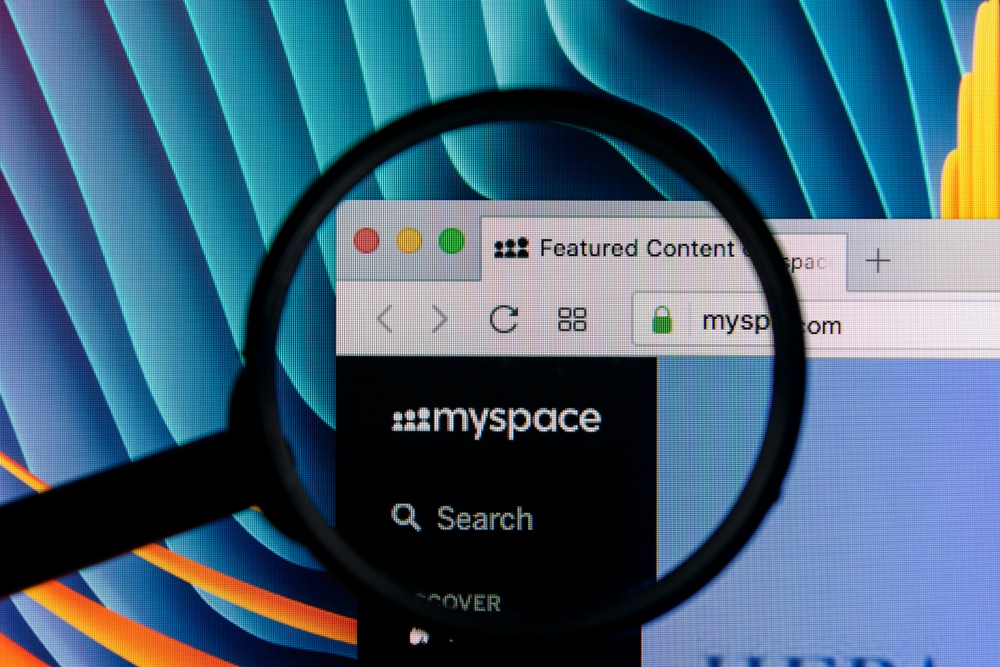 Who remembers the heady days of 2003? Three years into the new millennium, there was still no sign of the millennium bug.

Contents hide
1 Myspace was the best music platform of 2004
2 What went wrong at Myspace?
3 Is your profile still live on Myspace?
4 Is Myspace a business failure?

Back in 2004, a few months after the birth of Myspace, this new social media phenomenon was the hottest platform, but within less than ten years, it would disappear into the aether.

Facebook was just a twinkle in Mark Zuckerberg’s eye, mobile phones were tiny, and MySpace Tom was everyone’s favourite friend. 2003 was a good year for Myspace.

Myspace was founded in August 2003 by a team of four employees from eUniverse, an online marketing and web development company.

The site was initially designed for eUniverse employees to keep in touch, but it quickly grew in popularity. By January 2004, Myspace had 1 million registered users; by July 2005, that number had grown to over 20 million active users.

The key to Myspace’s success was its flexibility. Unlike other social media platforms, which were primarily text-based, Myspace allowed users to customise their pages with photos, music and other multimedia content.

Myspace was the best music platform of 2004

Marketing like this made Myspace the perfect platform for bands and musicians to promote their music, and it quickly became the go-to site for music fans. By the end of 2004, Myspace was the most celebrated social media platform in the US, gaining thousands of active users daily.

News Corp acquired Myspace in 2005 for $580 million, and it looked like it was just up and up for this social media giant. But within a few years, Myspace had lost its way.

By 2011, Myspace was no longer the most popular social media platform in the US, and it continued to decline in popularity. In June 2011, News Corp sold Myspace to Specific Media for $35 million, a fraction of what they had paid for it six years earlier.

Myspace is now a shadow of its former self, but it will always be applauded as one of the first social media platforms and a pioneer in online music. So what went wrong?

What went wrong at Myspace?

Myspace was the first site where a serious episode of cyberbullying occurred; in 2006, a teenage girl took her life after being the subject of an online hate campaign.

While Myspace wasn’t the only place that wasn’t monitoring its content widely enough, the publicity and several other factors started what would be a downward spiral.

Myspace also allowed users to embed their own HTML code into their profiles, leading to many security breaches as hackers hid malicious code in these profiles.

In 2006, Myspace had to deal with the “Samy worm,” which infected over 1 million user profiles and added this ridiculous phrase “but most of all, Samy is my hero” to each profile.

These security breaches led to a loss of users’ trust, and Myspace was never able to regain it. As new social media platforms emerged, Myspace was left behind.

Facebook and Twitter were easier to use and more secure, quickly becoming the go-to sites for social media users. Those who helped Myspace become the social network kingpin started leaving in droves.

Is your profile still live on Myspace?

Myspace is now a shadow of its former self; you can find you’re old profile by searching your name and the words Myspace but why would you? Any sensible person would have deleted their account years ago.

So what went wrong? Myspace was the victim of super fast unsustainable growth and bad business decisions that led to bad publicity and security breaches.

Combine those factors with expensive purchases such as Photobucket, a new concept in free photo sharing and rent in expensive offices you never use. You have a recipe for catastrophic failure.

The final nail in the Myspace coffin was the underestimation of the competition. Myspace never thought anyone could dethrone them as the social media king, but Facebook and Twitter did just that.

Is Myspace a business failure?

Myspace is now a cautionary online tale of what can happen when a business, not just a social media platform, grows too quickly and doesn’t adapt to the changing landscape or see the writing on the wall.

After all, if your top people start leaving (CEO Amrit Kapur) after only a year in office and the founder Chris DeWolf goes soon after, those left at the helm should have realised that Myspace was on the way out and called for the lifeboats.

But then again, Myspace was always more about the music than anything else. And there it is! The real reason Myspace went to the wall as it wasn’t making any money – quelle surprise!

If only Myspace had taken note of the 2003 article by the New York Times that asked, “Where is the money?”

They might have realised there’s a reason musicians are poor except Justine Timberlake, who bought the rights to Myspace for a fraction of the $580 million News Corp paid for it just a few years earlier.

Whilst the Myspace website remains online, it looks and functions nothing like how it once did. What’s more, Timberlake is a film producer, and the $35 million he paid for Myspace is a drop in the ocean in today’s terms.

The good news is that Myspace did give us some great memories, happy times, and rubbish music that we can laugh at now. And for that, we should be thankful.