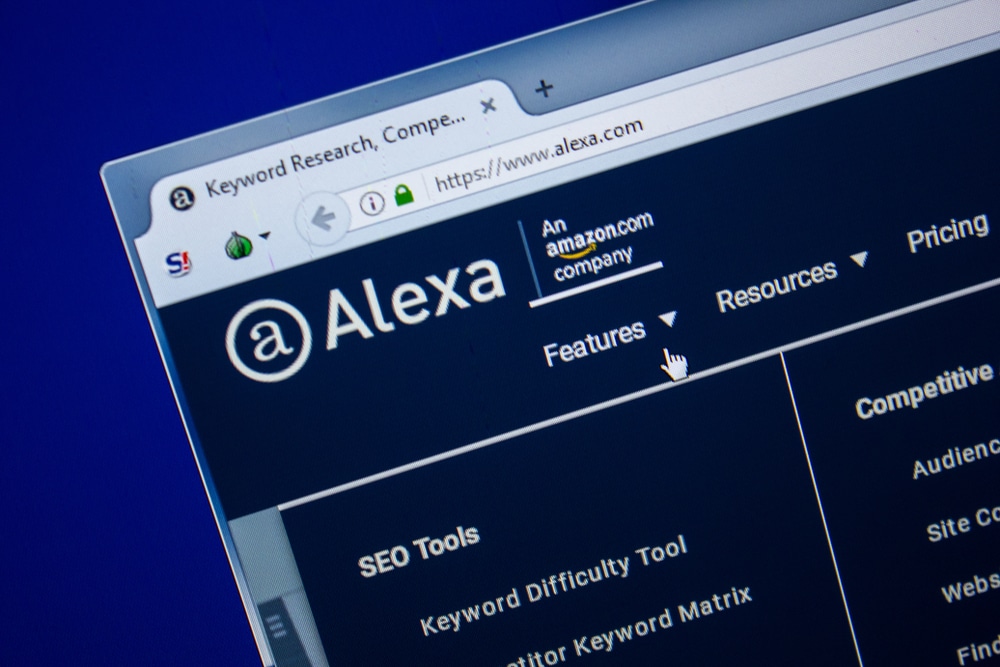 Since the mid-90s, the Alexa service has been providing detailed analytical information about website traffic, but it’s now come to an end. Amazon announced earlier this year that it would shut down Alexa (not the voice assistant, but the analytics service), and while this was a somewhat unexpected announcement, there are likely to be many reasons for it.

Unfortunately, Amazon didn’t actually give a reason for Alexa shutting down, simply referring to the decision to close the service as “difficult”. It’s not common for companies to admit their services or products have become obsolete in a changing world, but this may well be what’s happened to Alexa. Let’s take a look at Alexa.com, its history, and what happens next.

The beginning of Alexa

Alexa.com was founded back in 1996 as an independent company by two entrepreneurs, Bruce Gilliat and Brewster Kahle. Alexa is actually a shortened version of the Library of Alexandria, a legendary library housed in Ptolemaic Egypt. Kahle and Gilliat believed that the internet had the potential to not only rival Alexandria, but to surpass it in terms of serving as a collective representation of human knowledge.

Originally, Alexa wasn’t actually a web archive; instead, it simply gave users tips on where they should browse next based on how Alexa traffic was looking at the time. Like many earlier websites, its purpose was somewhat nebulous and obscure; it didn’t have the Web 2.0 simplicity that would come with its time under Amazon. Instead, Alexa was a search engine first and foremost, with its archiving properties coming second.

Alexa is acquired by Amazon

By 1998, Alexa was growing in size and popularity. It had built up an incredible database thanks to its ability to archive websites by “crawling” them with an automated piece of software (a process you’ll likely recognise from the modern Google search engine crawling procedure). Said database would grow to over 2 terabytes, which might not sound like much today, but at the time, it was an immense amount of data.

Alexa’s archive actually allowed the Wayback Machine to come into existence. That service is still active today; it allows you to browse websites as a snapshot in time, keeping sites alive that have since been shut down or allowed to decay by their owners. The Wayback Machine is an important part of internet archiving culture, and Alexa was its basis.

Alexa gradually began to evolve beyond its original purpose, with its archiving and crawling tools becoming more and more important to its organisation. After donating its web archive to the Library of Congress in 1998, Alexa was bought by Amazon for a staggering $250 million, paid in stock in the company. That money sounds like small change today, but back then, it was huge.

No longer a search engine: the Amazon years

From 1999 onwards, Alexa became the primary way that website owners could judge their traffic and how their website was doing. The search engine function of Alexa also continued to operate, and Alexa opened up partnerships with major companies like Google and the human directory DMOZ.

In 2008, as Windows Vista was attempting to take the world by storm, Amazon announced that Alexa’s search engine would shut down and would no longer accept any new customers by 2009. It was around this time that Alexa would become synonymous with analytics; a website’s Alexa ranking was critical to how it was viewed by search engines and by the wider community.

To emphasise its new position as the king of analytics, Alexa redesigned its website in 2009, including new statistics that website owners (and the general public) could see for each site. These included bounce rate, detailed visitor demographic breakdowns, and other stats that we now consider pivotal to understanding a website’s place on the wider internet.

It’s fair to say that between 2009, when Alexa’s major rebrand occurred, and 2021, when it was unexpectedly shut down, Alexa was one of the most popular and reliable analytics platforms available. In fact, for many years, it was the only way that sites could reasonably judge how their performance matched up against competitors; without Alexa, many website owners simply wouldn’t know anything about their analytics profiles.

Of course, since Alexa’s success was so astronomical, it quickly began attracting competitors. Google’s own Analytics service was launched after the acquisition of the analytics firm Urchin in 2005, possibly spelling eventual doom for Alexa (although Amazon didn’t know it yet, of course).

As Google’s algorithms evolved, more and more website owners became aware of the importance of understanding their demographics and user patterns, and so analytics tools got more widespread throughout various internet sites and communities. Just like any other market force, Alexa would be challenged heartily over the years by competitors, and traffic through Alexa would steadily decline.

Alexa is shut down

Finally, in 2021, Amazon announced that Alexa.com would shut down after 25 years of service. The site officially closed its doors in May, marking the end of an era and denoting Amazon’s exit from the world of web analytics. With sites like Google Analytics reigning supreme and every major social media platform having its own analytics tools, it’s hard to see a world in which Alexa is needed, which is probably why it shut down (although, again, Amazon hasn’t provided an official reason).

In some ways, though, Alexa’s legacy lives on. It precipitated the major analytics boom that continues to this day, and, of course, there’s Amazon’s voice assistant, which is also named Alexa. The next time you fire up your Alexa and ask it to do something for you, take a moment to remember the analytics platform of the same name.

Previous Post Back in Time – What Happened To DMOZ?
Next Post Why PPC Matters For Your Business